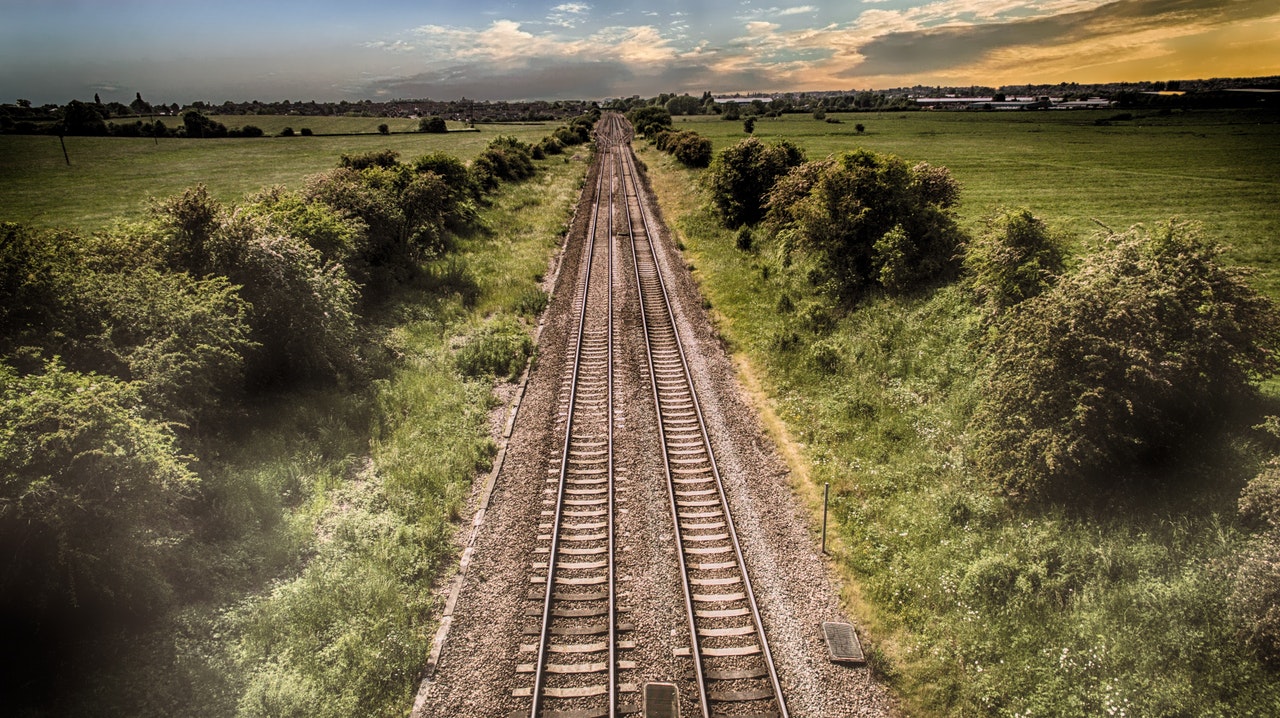 Psilocybin is an active ingredient in some species of mushrooms, often referred to as ‘magic mushrooms’. Once thought of as a dangerous drug, it is now being tested for treating mental illnesses like depression, especially for patients with major disorders and those who are treatment-resistant. Medicine companies are now exposing to the world that psychedelics like psilocybin are not dangerous but useful to humanity, and soon, they will be used to treat people legally.

Years ago, nobody would’ve thought that Psilocybin mushrooms would be an essential subject in the world of medicine and pharmacy. Getting mushrooms used to be a shady-feeling deal with a hippie in a tie-dye shirt at a parking lot outside some flower child band concert. Now, we are getting closer and closer to expanding the use of psilocybin for treatments.

Spearheading the movement is COMPASS, a mental healthcare corporation devoted to speeding-up patient access to evidence-based innovations in mental health. They focus on studying how psilocybin therapy might help individuals with treatment-resistant depression. The company is co-founded by the couple George Goldsmith and Dr Ekaterina Malievskaia and Lars Christian Wilde. They wanted to help patients, like the couple’s son, who is suffering from depression and treatments that do not work, knowing that research on psilocybin was available and that it had positive results in treating depression.

Getting shrooms disassociated with dangerous drugs is one of the more significant challenges to overcome for the movement. Timothy Leary, one of the earlier leaders in promoting psilocybin, was highly criticised by the government and society during the U.S.’s War on Drugs. In that time, many psychiatrists stopped testing and studying psilocybin mushrooms, fearing ex-communication from their field.

Up until today, psilocybin and other psychedelics are still tricky to access for research. This is because the Drug Enforcement Agency (DEA) classifies them under the category of Schedule I drugs alongside heroin.

However, with the research results of COMPASS, the U.S. Food and Drug Administration (FDA) has empowered more work on psilocybin, and we are nearing the time when everyone can adequately benefit from psychedelics.

LOOK AT US NOW, WHO WOULD HAVE THOUGHT?

The U.S. Food and Drug Administration has labelled psilocybin therapy — presently being tested in clinical trials by COMPASS — as “breakthrough therapy”. The FDA is facilitating the speeding-up of the research process and approval for psilocybin use in treating major depressive disorder (MDD).

According to Dr Charles Raison, director of clinical and translational research at Usona, it is notable that FDA acknowledges that MDD and not only the treatment-resistant depression population have unmet medical needs and that the accessible data suggests that psilocybin can give significant clinical improvement over prevailing therapies.

Selective Serotonin Reuptake Inhibitor or SSRI antidepressants work by increasing levels of serotonin in the brain to make patients feel good. These are used in first-line treatment for MDD but are only entirely adequate in 30% of patients. It also takes weeks before any improvement can be seen.

Hallucinogens work by stimulating or suppressing the activity of neurotransmitters. They give temporary chemical imbalance in the brain, which causes hallucinations and euphoria, along with other pleasant effects.

While scientists cannot yet precisely pinpoint how psychedelics help psychiatric patients in therapy, emerging brain-scanning technologies suggest that they act as a hard reboot on a person’s brain. 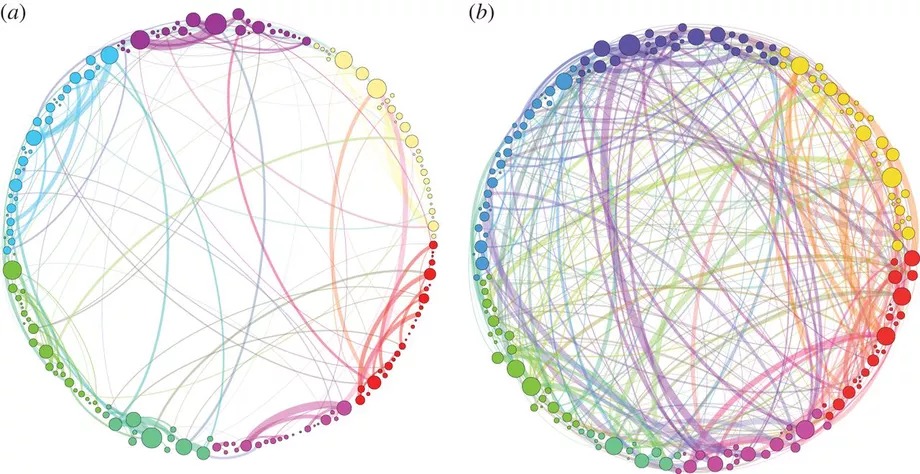 It is not entirely clear to what it is about these experiences that produce significant changes in attitude, mood, and behaviour; whether it’s a sense of awe, or the so-called “mystical experience,” something so overwhelming that it breaks the authority of ordinary consciousness and reworks our perception of the world. What is clear, however, is that psychedelic trips are most often beyond the bounds of language.

Typical psilocybin produces lasting decreases in depression and anxiety for patients. Whether we know the details of the processes or not, if the effects are positive and there are no adversities in usage, it’s a win!

Out of all psychedelics, psilocybin has been proven to be the most promising in treating mental disorders.

While both psilocybin and LSD both have no potential for physical addiction, a shroom session lasts for only four to six hours while the other, for long 12 hours. Plus, LSD is very, very illegal.

Although MDMA (Methyl​enedioxy​methamphetamine) is frontline in psychedelic treatment for Post-Traumatic Stress Disorder or PTSD, research on psilocybin shows significant results in combating the condition.

In 2013, a study by Catlow et al. confirmed that psilocybin affects hippocampal neurogenesis and causes extinction of fear. The researchers theorise that it is due to psilocybin changing neurotransmission through the serotonin receptors, which are highly expressed in the hippocampus. It is thought that it may also play a part in the neurogenesis of the cells in this area of the brain.

In treating depression, MDMA couldn’t make the right candidate because of its ability to increase serotonin, which is the primary function of SSRIs that do not work on many people. However, psilocybin has had significant positive effects on people with MMD and patients who are SSRI-resistant.

Soon, the stigma on mushrooms and other psychedelics will disappear thanks to the work of scientists and researchers who are exposing their benefits. Even though it could take more time to battle through legislations and politics, at least the fact that these substances can be used for good has taken off.

If legislative issues can slow us down, research and evidence will nevertheless get us there.

In Heffter Research Institute, Riverstyx Foundation, a study of psilocybin for cancer patients is being done. It aims to find out if it can give them personally and spiritually meaningful experiences. This is based on the fact that spirituality has been linked with increased psychological coping and decreased depression in serious illness.

A study in the Psychiatric University Hospital, Zurich, Switzerland is currently trying to find out psilocybin’s effects on attention, perception and cognition.

LSD is also being studied continually for its ability to aid withdrawal from addiction to alcohol and other hard drugs, alongside its help in treating PTSD, which is also a potential of MDMA.

With both MDMA and psilocybin nearing approvals as mainstream medicines, and leading universities having dedicated psychedelic research facilities, the story of psychedelics has had profound breakthroughs.

In 10 years, we might develop multiple psychedelic-assisted therapies approved in many countries around the world for the treatment of various mental disorders. As successes from psychedelic therapy emerge, and scientific evidence prove benefits via trials and neuropsychopharmacology studies, more people will want these treatments.

We’ll see various forms of treatment centres like psychiatric hospitals, private clinics and independent practitioners. Psychedelic therapy is on the precipice of becoming the next breakthrough in mental health care. 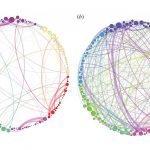 New Breakthrough-Neuroscirntists Discover How Magic Mushrooms Can "Rebalance" The Brain 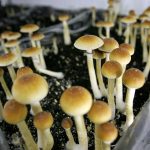 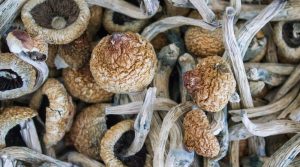 Alberta is set to become the first province in Canada to regulate psychedelics for therapy! 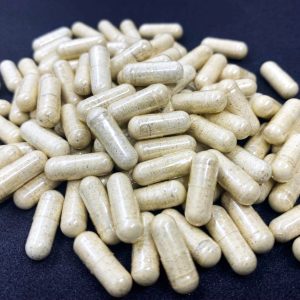